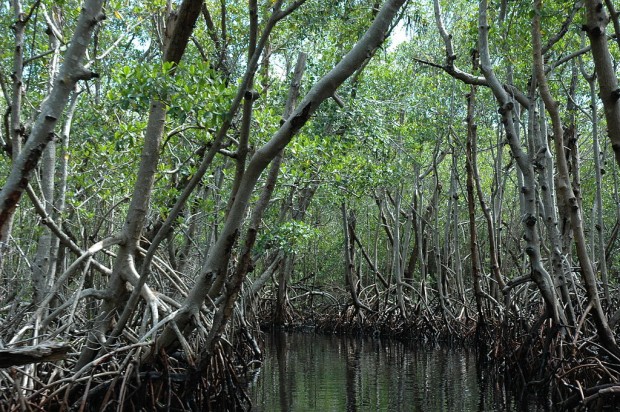 Spanning 1.5 million acres, Everglades National Park is one of America’s largest and most important nature preserves, and a destination for countless outdoor enthusiasts each year.

The most important thing for visitors from more temperate climates to understand about the Everglades is the distinction between the dry and rainy seasons. The rainy season covers the months between May and October, and generally makes for a less enjoyable vacation. Higher water levels and increased rainfall means that mosquitoes are plentiful—in some areas, so plentiful that hiking the trails becomes unbearable. Humidity is usually very high and temperatures tend to be in the vicinity of 80°F, but that doesn’t mean that you should stay out of the Everglades entirely. A summer visit allows you to experience nature without the company of the millions of mosquito-shy tourists that visit during the winter, and is the season when the most gorgeous blooms can be found. The beautiful flowering plants and the incredible towering storm clouds are enough to justify seeing the Everglades in July. If you can’t handle the bugs, however, the November–April dry season has a lot to offer. The Everglades are teeming with life—both human and animal—during the winter. Hundreds of species of migratory birds hang out here while the snow is falling in their usual domains. And even the animals that call the Everglades their home year-round are easier to find in the dry season. Lower water levels means that animals must travel to ponds and canals for sustenance, and if you happen to be there too, you’re almost guaranteed to see something amazing.

Everglades National Park is unlike the vast majority of national parks in its purpose for existence—while most of the parks were created to protect notable landmarks and geographic features, the Everglades are all about the ecosystem. There are no mountains, canyons or geysers here, but the wildlife is truly amazing. A total of 36 protected or threatened animal species are found within the park, including the nearly-extinct Florida panther, with less than a hundred individuals in the wild. The Everglades are home to a fascinating variety of wading birds, including ibises, herons, spoonbills, and brown pelicans, as well as birds of prey like the Everglades snail kite, found nowhere else in the world. Alligators, American crocodiles and West Indies manatees are also a classic part of the Everglades population. Much of the park is made up of freshwater sloughs and marl prairies, frequently-submerged ecosystems that are dominated by 6-foot-tall sawgrass. There are also mangrove and cypress swamps, and rises of dry ground known as hammocks, where live oak, poisonwood and saw palmetto grow.

As the third-largest park in the lower 48, there’s understandably quite a lot to see and do in the Everglades. Hiking and biking trails can be found in every part of the park—few of them are very long (usually between 2 and 8 miles), making the trails the perfect choice for an afternoon encounter with nature. If you’re here in the summer, you’ll probably want to stay on the water to avoid the mosquitoes. Everglades National Park has numerous “canoe trails” which you can navigate in your own craft or with a rental, following a marked path through the parts of the park too wet for travel on foot. You can go boating and fishing in many parts of the park as well, or take a tram tour along many of the paved trails. There’s boat tours, too, and if you want you can even rent a houseboat. Staying overnight but want to sleep on land? Take your pick of the two main campgrounds—Long Pine Key Campground, just 7 miles from the park entrance, which operates on a first-come-first-serve basis and has everything you could want for tent or RV camping except for showers, and the even-larger Flamingo Campground, deep within the park, where campers can and should make reservations ahead of time.

And for the more adventurous, there’s wilderness camping. At most national parks, that means backpacking to some remote location, but in the Everglades you’ll do it by canoe, kayak or motorboat. The park has 46 back-country campsites—some on high ground, some on the beach, and some on elevated platforms called chickees in the middle of the swamp. This can be one of the most exciting ways to experience the park, but be sure to carefully plan ahead before you set out.

Mark Keller is a student of English and Theatre at Hillsdale College. His articles on subjects as diverse as Linux software and hammock construction are published widely online.