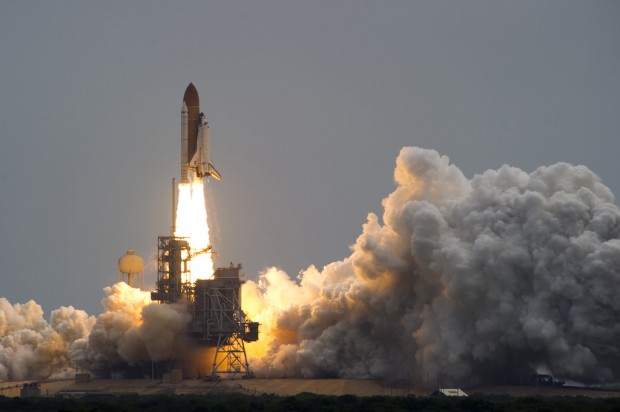 By Places to See in Florida @placesflorida · On February 1, 2014

Florida is deservedly famous for everything from oranges to Disney World, but few of its claims to fame are as impressive as the Kennedy Space Center. Every manned spaceflight launched on American soil since the beginning of the Apollo program has lifted off from the Kennedy Space Center. Though we’re currently in an official NASA “human spaceflight gap” between the end of the Space Shuttle program in 2011 and the first tests of the upcoming Space Launch System in 2017, the Center is still a happening place, and ranks among the finest educational tourist destinations in the state.

The Kennedy Space Center Visitor Complex is where everything starts, and the site of many of the main attractions. Here you can see displays on the history of space exploration, including the original mission control consoles from the Mercury space program. You can even explore the actual Space Shuttle Atlantis, housed here in its retirement, and see up close what it was like for the astronauts aboard. Dozens of multimedia presentations and simulators enhance the Atlantis exhibit, and the $60 million state-of-the-art Shuttle Launch Experience allows you to feel the sensations of actually taking off. The Kennedy Space Center is big on multimedia shows and exhibits, with many straddling the lines between game, theatre and museum display. It’s fun for the whole family—there’s Robot Scouts, a narrated exhibit on the Mars Rovers, the live interactive show Exploration Space: Explorers Wanted, IMAX movies on the Hubble Telescope and the International Space Station, and rotating attractions like Angry Birds: Space Encounter. Kids can goof around on the Children’s Play Dome or sit and listen to actual astronauts relate their experiences. You can even have lunch with an astronaut, or dine on your own at one of the Visitor Complex’s cafés. One of them looks out on the Rocket Garden, which you can step outside to explore on your own or learn about in one of the regularly-scheduled guided tours. Either way, you can see the entire history of space flight up close, and climb inside the Gemini or Apollo capsule.

The price of admission includes a complimentary bus tour that takes you to all the points of interest outside the Visitor Complex itself. The first stop is the United States Astronauts Hall of Fame, found six miles to the west. Honoring notable space pioneers, it contains not only the world’s largest collection of astronaut memorabilia, but also the Sigma 7 Mercury spacecraft. The Apollo/Saturn V Center is another destination, a small museum dedicated to the Apollo missions that contains a slice of moon rock visitors are invited to touch. The bus will also take you to the LC-39 Observation Gantry, a 60-foot tower that overlooks the Space Shuttle launch pads. If you want to pay more you can see more, by taking one of the KSC Up-Close specialized bus tours.

And just because NASA currently finds itself between manned space vehicles doesn’t mean that you’ll have to wait several years to see a rocket launch. Unmanned government launches still occur, putting satellites and other payloads into orbit from the Cape Canaveral Air Force Station just next door. Private space programs such as SpaceX use Cape Canaveral facilities for their launches, as well, such as their current missions to provide supplies to the International Space Station. There’s a launch or three every month—you can keep track of upcoming launches online so you can time your visit to coincide.

Welcome to Florida! On this site you'll find articles about all our favorite destinations in the Sunshine State, from restaurants to museums to beaches!